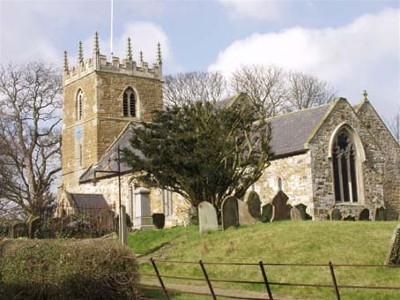 North Thoresby is a popular and attractive village with a population of just over 2,000. It has good facilities including two pubs (with restaurants) a number of shops, a modern primary school, a medical centre with a pharmacy, a village hall and facilities for football, cricket and bowls.
The church, St Helen’s, dates in part from the 13th century but was extensively restored in Victorian times. The Methodist chapel with the former school and school house, were built in the mid 19th century. The school and house have been converted into a well-used community facility known as The Wesley Centre.
The centre of the village is The Square, where the village green includes a memorial to a Lancaster bomber which crashed there during the Second World War.
The village has regular bus services to both Louth and Grimsby.

Situated to the west of the A16, Grainsby is a small village centred on the ancient church of St Nicholas. Its tower dates from the 11th century, and it includes several other features which date from Norman times.
The village has many acres of former parkland which surrounded the now-demolished Grainsby Hall. There are a number of notable buildings, including several attractive Victorian cottages and the listed former Rectory, built in Tudor Gothic style in 1846 by Joseph Chapman of Binbrook.

Situated where Waithe Beck crosses under the main A16, this small village is comprised of a number of estate-owned houses and isolated farms. Its church, St Martin’s, is a Grade 1 Listed building and has an ancient tower which dates from Saxon times. The small, simple interior of the church is notable for a most unusual chancel which has been entirely decorated with glazed tiles. It is no longer used for regular services but is maintained by the Churches Conservation Trust and is open to the public.
The field to the South of the church was the site of a World War Two bomber crash, indicated by a memorial in Waithe House farmyard.